Leigh Thomas graduated from Winfield City High School in 2005 as salutatorian of her class.  She received an undergraduate degree in 2010 and a graduate degree in 2012 from the University of Alabama.  During her time at UA, she participated in the Million Dollar Band (where she was drum major), Wind Ensemble, Symphonic Band, Concert Band, Campus Band, Percussion Ensemble, Mallet Ensemble, Volleyball Pep Band, and Women’s Basketball Pep Band.  She has served as a private conducting teacher, percussion instructor and arranger, and graduate teaching assistant.

She joined BJHS staff for the 2012-13 school year as assistant-director of the Marching Band and in June 2015 was named director. She instructs the football marching band, competition marching band, jazz bands, and wind ensemble.  She assists with winter guard, indoor drumline, and concert band. 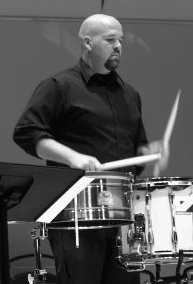 Kevin Smart received his degree in Music Education from Tennessee Technological University, where he studied under Dr. Eric Willie. Over the years, Kevin has worked with several Middle Tennessee area band programs, including the award winning Mt. Juliet High School Band of Gold and Winter Drum line. There he served in several capacities, including percussion arranger, percussion caption head, and instructor. Upon graduation, Kevin became the Assistant Band Director at Fulton High School in Knoxville, TN. There, he headed up both the marching band program as well as percussion studies for the band, including the creation of an indoor drumline program.

As a performer, Kevin was a member of the world-renowned Phantom Regiment Drum and Bugle Corps bass line from 2002-2003, where he captured a fifth and fourth place finish at the Drum Corps International World Championships. Kevin was also a member of the world-renowned Music City Mystique Winter Drum line from 2001-2002, where he captured a first and third place finish at the Winter Guard International World Championships.  As a student at Tennessee Technological University, Kevin was an active member of the Tennessee Tech. Concert band and Percussion Ensemble, and served as instructor and arranger for the TTU drum line.

Kevin is a native of Mt. Juliet, Tennessee. He currently lives with his wife, April, in Madison, AL where he is the Assistant Band director at Bob Jones High School.  He instructs the football marching band, competition marching band, marching percussion section, concert band, and indoor drumline. 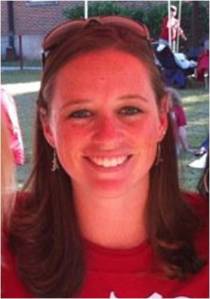 Brooke Howe is a graduate of The University of Alabama and currently works as an aerospace engineer in Huntsville. She’s originally from Daphne, Alabama where she attended Daphne High School and marched in both the color guard and winter guard for 4 years. While attending UA, Brooke was in the Million Dollar Band Color Guard and was a founding member of the Alta Marea Winter Guard, Winter Guard International World Championship Finalists. During her college summers, she performed with Spirit of Atlanta Drum and Bugle Corps for four years. Brooke has taught color guard all over the state of Alabama. 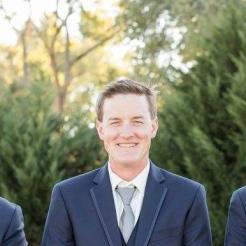 Zack Melton, a graduate from the University of North Alabama in Florence, completed his Instrumental Music degree in May 2013.  Throughout his time at college, Zack marched with Spirit Drum and Bugle Corps on snare drum for two summers. Also on snare drum from November 2010 through April 2011 with the WGI World Finalist and 7 time Gold Medalist Music City Mystique.  He has composed and arranged various marching percussion arrangements for schools such as Deshler, Athens, Bob Jones, Decatur, Grissom, and the University of North Alabama. Since aging out of the competitive pageantry activities, Zack has been on staff for multiple independent groups including Forte Drum and Bugle Corps out of Dallas, Texas in the summer of 2012, Music City Drum and Bugle Corps out of Nashville for the summer of 2013, one year as a Battery Instructor for Lone Star Independent Arts Association, a non-profit independent indoor drumline from Houston, Texas, and was the Educational Director and Music Arranger for north Alabama’s most recent independent indoor drumline in Momentum Percussion Independent. Mr. Melton has worked under and with educators such as the late Will Campbell, Keith Anderson, David Waters, Bryan Barley, German Baratto, Shane Gwaltney, Joe Hobbs, Mark Hunter, Mario Taylor, Josh King, Matt Grimes, Colin McNutt, Iain Moyer, Jason Palmer, Chris DeBerry, Dave England, Julie Davila, Hunter Stricklin, Tim Maynard, Carl Eppler, and Josh Nelson. Zack now lives in Madison, and works with the Decatur Marching Band, the Bob Jones Band and Percussion Ensembles, the Grissom High School Band Program, the James Clemens marching band, teaches private lessons, and teaches middle and high school percussion classes at Westminster Christian Academy. Currently, Mr. Melton is attending classes towards a Master’s of Arts in Education from the University of North Alabama and a Class A teaching certificate in the state of Alabama.

Hannah Williams is a 2009 graduate of Bob Jones High School. After high school, Hannah went to Auburn University where she got a B.S. in Human Development and Family Studies. She is currently pursuing a Masters of Art in Teaching with a concentration in Secondary Biology Education at the University of Alabama in Huntsville.

Frank is a Huntsville native who graduated from Buckhorn High School and went on to study euphonium and music education at UAB where he served as section leader, brass captain, and drum major of The Marching Blazers. He also marched 2 seasons with Drum Corps International finalists Spirit from JSU in 2003 and 2005. Outside of music, Frank works as a full-time wedding photographer.

Growing up in the Tampa Bay area of Florida, Geoff starting playing piano and home recording at an early age. Geoff went on to play synth at Infinity Percussion for the 2013 and 2015 season. He also spent 3 seasons in the Cadet’s front ensemble, from 2013 to 2015. In 2015, Geoff relocated to Nashville Tennessee to study Studio Engineering at the Blackbird Academy.
Currently, Geoff lives in the Dallas area and works as a Sound Designer and Audio Engineer through his company, Pageantry Audio. Some of his groups include Spirit of Atlanta, Carolina Crown, the Commandant’s Own, Music City Mystique, and Tarpon Springs High School among others.
Geoff is excited to be back as a part of the Bob Jones staff!

Mary Allen graduated from Bob Jones High School in 2015 and is currently studying Communicative Disorders at the University of Alabama. She is a fourth year member and a captain of the Million Dollar Band Color Guard and has performed with Alta Marea Winterguard for three years. In December, 2019 she will receive her BA and will continue to pursue her MS in speech-language pathology.

One thought on “Directors & Staff”